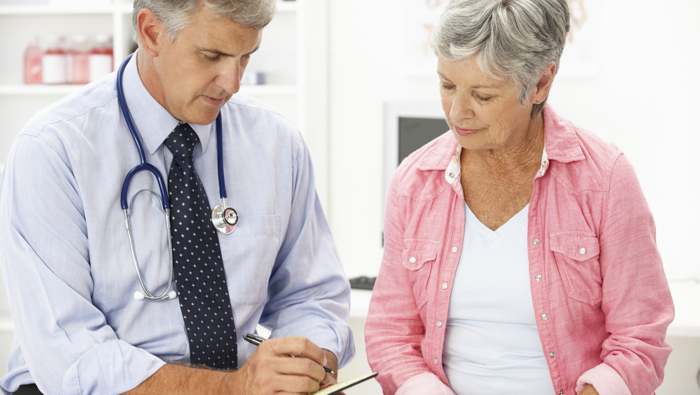 A staggering 43 million Indian women are affected by heart disease, with one in every three women dying of the condition as against one in 31 from breast cancer and experts say that it is post-menopausal women who are at a greater risk.

Tapan Ghose, director and head of department of cardiac sciences at Paras Hospitals, said that in 2012, 56 percent of women identified heart disease as the leading cause of death compared with 30 percent in 1997.

India is considered the cardiac as well as the diabetic country of the world. It has been estimated that 60 percent of the Indian population is suspected to be suffering from some cardio-vascular disease. Ninety percent of women have one or more risk factors for developing heart disease,” Ghose told IANS.

“While one in 31 Indian women die of breast cancer each year, one in three dies of heart disease,” he added.

Agreeing with Ghose, N.N. Khanna, senior consultant, cardiology at Indraprastha Apollo hospital, said that post-menopausal women are at greater risk as compared to their male counterparts.

“Once they develop a cardiac disease, chances are they might face death due to it. We do not have real statistics in India; but death toll is higher in India since women are prone to diabetes,” Khanna told IANS.

Women are more susceptible to cardiac ailments after menopause since their natural protection wears off, he added.

According to Deepak Khurana, director of cardio thoracic and vascular surgery at Rockland Hospital, Manesar, urbanization of society, stress level, smoking, consumption of alcohol and lack of physical work are some of the main reasons for the growing trend.

“With changed patterns in urban culture, the trend of smoking and excessive alcohol has increased among women, making them vulnerable to heart diseases. Cardiovascular diseases are also rising due to affluence with which there is increased dependence on junk food, leading to rising heart conditions,” Bansal told IANS. “Along with high cholesterol, obesity, reduced physical activity combined with over-nutrition, increase in smoking and alcohol consumption and sedentary or moderate lifestyle,” he added.

Intake of oral contraceptives is another reason, said Khanna

Listing out the challenges faced by women suffering from heart diseases, Khanna said that symptoms of cardiac ailments can be very different in women as compared to men.

“Women usually have atypical symptoms such as breathlessness, palpitations, listlessness, fatigue, dizziness, nausea, vomiting… which are difficult to diagnose.

Another challenge is denial amongst women and society when it comes to female health. Women tend to neglect their health and disregard the symptoms and hence, early detection of the disease is not possible,” he contended.

He added that the biggest challenge for women suffering from heart diseases is to get the appropriate diagnosis at right time which he said can be attained by long-term heart monitoring with the help of implantable devices like Implantable Cardioverter Defibrillator (ICD).

“The device automatically monitors heart rhythm and delivers therapy as needed to prevent sudden cardiac arrest,” he said. Sharing similar opinion, Bansal said that proper diagnosis is one of the many challenges as the heart disease is either misdiagnosed or the symptoms are perceived to be linking towards some other heart problem.

“The reason behind this is that the symptoms are vague and the parameters of diagnosis of heart disease is majorly based on symptoms that are found in men which result in under diagnosis. Symptoms can be atypical from men, normal classic symptoms are less, more shortness of breath, and even modern standard screening test like exercise stress test are more likely to be falsely positive in women,” he said.

Menopause is a frightening word for women. This transition is a consequence of biological aging and accompanying signs and effects that can occur during the menopause years can significantly disrupt their daily activities and sense of well-being. The most common symptoms include hot flushes, sweating, insomnia, anxiety, impairment of memory and fatigue. Long term consequences can include a decline in libido, osteoporosis, heart disease, even dementia – all linked to reduced oestrogen levels. During menopause, many women experience increased anxiety and stress. During such time, only good nutrition and effective handling of stress can reduce certain conditions that may develop during and after menopause.

So eat your way to a happier and healthier menopause. Here’s how:

Calcium is a must: According to a report,it is recommended that women over age 50 should consume 1,200 mg of calcium per day. Calcium will increase your bone density and prevent osteoporosis. So include yogurts, cheese, broccoli, salmon in your diet and drink milk regularly.

Include carbohydrates in your diet: Eating carbohydrates can release tryptophan that helps produce serotonin, a neurotransmitter in the brain that calms and relaxes people. Go for turkey, milk, eggs and fish. You can also try out cherries as it has melatonin which gives you a good night’s sleep.

Go for Vitamin-B: B-vitamins are known to stabilize moods, generate calmness and improve metabolism. Whole, unprocessed foods like lean meat and poultry, liver, whole grains and lentils are all rich in B vitamins. Other foods that have vitamin B are spinach, Brussels sprouts, kale, asparagus and beets.

Have legumes, nuts and seeds: The nutrients and the oils in nuts and seeds may help prevent dry skin and normalise hormone levels. Foods such as pumpkin, sunflower, almonds contain these essential nutrients.

Switch to a fibre rich diet: Due to the fluctuating hormones, the digestive system slows down, so bloating becomes a common problem. Foods that can get rid of the bloat are asparagus, celery, watermelon, and berries. A diet that is high in fibre, such as lentils, legumes, fruits and whole cereals, pasta, rice, fresh fruits, and vegetables can improve digestion and decrease bloating.