In one of the US Government’s Department of Health and Human Services’ reports for grants and guides, there has been a mention of the prerequisite of developing handheld ultrasound devices, especially for the detection of abscesses of lymph node enlargement, applicable to patients with HIV positive or negative. However, the need of ultrasound in medical services is huge as it is most popularly used for basic screening of high-risk pregnancies, cardiac, vascular, radiology, endocrinology and paediatric purposes. “It is most cost-effective and non-radiating machine that is used in any hospital across the globe. For a doctor who wants to have a quick insight of the reason behind the stomach pain, ultrasound is an immediate choice of diagnosis,” S Ganesh Prasad, director, ultrasound imaging, GE Healthcare, told India Medical Times.

According to Ganesh Prasad, ultrasound devices have existed in India for 20 years now but the significant market growth has happened in the last 10 years. “Prior to this, the ultrasound devices were available everywhere for the cost of 50,000 dollars (Rs 30 lakh) each but with the introduction of medical technology, low-cost devices have been produced and brought to various customers. Today, ultrasound machines are distributed for the cost ranging from Rs 2 lakh to Rs 70 lakh to various hospitals and medical experts.”

He further said, “The ultrasound machine worth Rs 2 lakh is a simple machine with which you can only do a simple scan to see womb or foetus, while the advanced ultrasound technology with higher cost provides you the real time assistance in witnessing the dynamic evolution of a foetus.”

“The cost of ultrasound machines depends on different gradations that the machine offers. Some are high-end machines of which prices go up to Rs 1 crore, mid-end machines cost around Rs 50 lakh and low-end machines are good enough for all the purposes, which cost up to Rs 12 to 15 lakh,” Dr Rakhee Gogoi, head of radiology, Paras Hospitals, Gurgaon, told India Medical Times while giving an estimate on the cost of the machines.

“We don’t believe in cheaper performance machine. We make products, which are good for the customers in terms of high technology. By the end of the year, we are planning to release a tablet ultrasound for the first time ever in the world. Every occupation could have it. For example, when a pregnant lady goes for a screening or check-ups, most of the time it’s only the physical exam that’s being done. Many a times, at the time of complication during delivery, there is no machine available for the doctors to see and learn the condition of foetus inside. The whole objective behind this technology is to make it relevant for you. We focus on target customer group and capability of technology, bringing it to a point of price that’s affordable,” said Ganesh Prasad.

GE’s low cost ultrasound devices come at the price point of Rs 5 lakh and products with a valid portfolio come with three years warranty. “We deploy current technology, not compromising in the quality at all levels. The whole idea behind offering three years warranty is to focus on quality as we understand that maintenance charges is a very good factor for the sustenance of ultrasound machines to a customer. We give the quality of a high-end machine but at the lower cost for people,” said Manoj Menon, communication leader, GE Healthcare India.

“Our villages do not have many ultrasound machines in rural areas. Ultrasound is very basic and important modality that can be used to detect any sort of pathology at a very early stage. Often, villagers come for the treatment when it’s too late for the problem till then the condition has gone out of hand. This is the reason why introduction and distribution of low-cost ultrasound machines will be really helpful in the rural areas,” said Dr Gogoi.

GE Healthcare is already planning to introduce low-cost ultrasound machines in the rural areas of India. “We have divided the market in tiers. Tier I is metro, tier II involves cities like Jaipur and tier III, IV and V have rural districts under them. We are doing good in tier I and tier II. In the tier III market, we have just stepped into. Besides producing the equipment, we are also creating a distribution network and affordability packages that has to be taken further,” said Menon.

Ganesh Prasad asserted, “Tier III is a fastest growing market with 22-23 per cent growth and that is going to be our area of focus. The reason why we have not penetrated as much in the tier III is because of the availability of the cost price for this kind of market. Our main effort has been to build a distribution network around tier II and the more challenging is going to be creating distribution around tier III.”

India has a high maternal mortality rate. “By proper screening during pregnancy, we can see improvement in the outcomes and avoid maternal or infant death during delivery. Ultrasound is the only device that can be used on a pregnant lady. Secondly, in rural areas, deliveries are still done at home which is intoxicating for a mother as well as for a child. With the introduction or availability of ultrasound machines in hospitals or nursing homes in tier III areas, pregnant women can be taken to hospitals for screenings. Some states have already taken the lead as Gujarat has improved its IMR rates and is moving towards greater institutional deliveries, while Tamil Nadu has also seen dramatic improvements in the reduction of infant mortality,” said Ganesh Prasad.

For Dr Jitendra Sharma, head, division of healthcare technology, National Health System Resource Centre, Ministry of Health and Family Welfare, the idea of handheld ultrasound devices clinically would be great and cost-effective. “It would be better than static ultrasound which comes for lakhs of rupees. What we are concerned about is social and regulatory aspect. Even with the static ultrasound machines in hospitals, we have not been practically able to control female abortions. If the hand held devices are sold in the market, let that market be rural or urban, how would female foeticide be controlled,” he told India Medical Times.

Controlling the Misuse for Sex Determination

Dr C V Bhirmanandham, vice president, Medical Council of India, told India Medical Times, “Why spend so much money when we can get good results from a low-cost ultrasound machine? But it should not be misused. The medical practitioners using the machines should be registered with a concerned authority and should be regularly monitored. Anyone caught misusing the machines for sex determination should be readily punished and their license should be cancelled.”

Dr Bhirmanandham also emphasised on the certification that the trainee must get from the concerned authority. “They have to follow the government of India policies and have to be ethical in their approach,” he added.

According to the Pre-Conception and Pre-Natal Diagnostic Techniques (PCPNDT) Act, 1994, the law prohibits any person from using ultrasound equipment for the detection of the sex of an unborn child. With an amendment in 2002 to the PCPNDT Act, the manufacturers and distributors of the ultrasound machines have to ensure the proper use of the equipment and are prohibited from selling, renting, permitting or authorizing the use of ultrasound machines for foetal sex determination. Manufacturers of ultrasound machines must also confirm that the customer has a valid PCPNDT certificate and they are also to provide the government with a quarterly report disclosing to whom the equipments have been sold.

“Hence, we don’t sell any of our ultrasound equipments to customers who are not registered under the PNDT Act. However, we believe that limiting the access of technology is more dangerous because we talk of saving lives and with the use of ultrasound technology, lives with different diagnosis can be saved. As per the government policies, we also continue to report to the government in every three months, disclosing about our dealings,” said Ganesh Prasad. 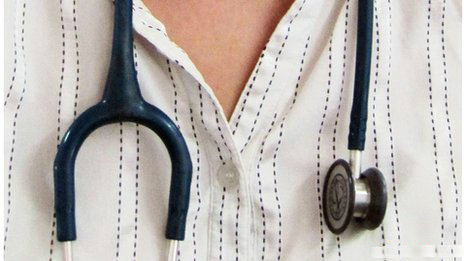 An editorial in Global Heart, journal of the World Heart Federation, suggests the world of medicine could be experiencing its final days of the stethoscope, due to the rapid advent of point-of-care ultrasound devices that are becoming increasingly accurate, smaller to the point of being hand-held and less expensive as the years roll by.

They say: “At the time of this writing several manufacturers offer hand-held ultrasound machines slightly larger than a deck of cards, with technology and screens modelled after modern smartphones.”

Compared with expensive, bulky, ultrasound machines of the past, the authors say, “Hand-held ultrasound devices introduced an alternative concept of relatively inexpensive, easy-to-use machines which could generate images interpretable by a wider spectrum of clinicians at the point of care. Soon concerns about smaller machines having inferior image quality compared to devices many times larger and more expensive were outweighed by evidence that rapid diagnostic decisions could be made with portable machines.”

The editorial highlights that nowadays, more than 20 medical specialties include use of point-of-care ultrasound as a core skill, and that mounting evidence suggests that compared with the stethoscope ultrasound technology can reduce complications, assist in emergency procedures and improve diagnostic accuracy.

The authors say: “Thus, many experts have argued that ultrasound has become the stethoscope of the 21st century. While few studies have pitted ultrasound head-to-head against the stethoscope, there is evidence that ultrasound is more accurate even than chest x-ray in the detection of pneumothorax, pleural effusion, and perhaps even pneumonia. Ultrasound allows visualisation of cardiac valve function, contractility, and pericardial effusions with greater accuracy than listening with the stethoscope. And beyond the heart and lungs lie dozens of other organs and structures — well-described in the literature of point of care ultrasound — which are opaque to the abilities of the stethoscope.”

Asking why the stethoscope has not yet made way for its more technically advanced counterpart, ultrasound, the authors say that while the cheapest available stethoscopes are literally disposable (though many can cost hundreds of dollars), the cost of the cheapest ultrasound devices is still several thousand dollars, making roll-out, especially in developing nations, much more difficult.

There may also be resistance from the older generation of healthcare workers who were not originally trained with this technology. Yet all the evidence shows that ultrasound can diagnose heart, lung, and other problems with much more accuracy than the 200-year-old stethoscope.

The authors conclude: “Certainly the stage is set for disruption; as LPs were replaced by cassettes, then CDs and .mp3s, so too might the stethoscope yield to ultrasound. Medical students will train with portable devices during their preclinical years, and witness living anatomy and physiology previously only available through simulation. Their mentors will increasingly use point-of-care ultrasound in clinical environments to diagnose illness and guide procedures. They will see more efficient use of comprehensive, consultative ultrasound as well — guided by focused sonography and not limited by physical examination alone. And as they take on leadership roles themselves they may realise an even broader potential of a technology we are only beginning to fully utilize. At that point will the “modern” stethoscope earn a careful cleaning, tagging, and white-glove placement in the vault next to the artefacts of Laennec, Golding Bird, George Cammann, and David Littmann? Or, as some audiophiles still maintain the phonograph provides the truest sound, will some clinicians yet cling to the analogue acoustics of the stethoscope?”