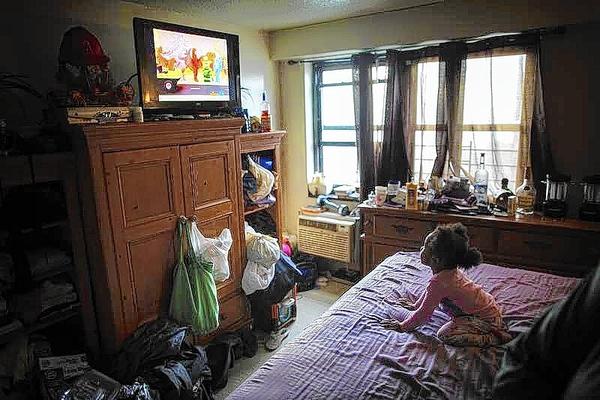 The more television children watch, the less total sleep they’re getting, according to a small Spanish study.

The study team followed some 1,700 children for up to three years and found those who increased their TV time got even less sleep as they grew up.

“This study really demonstrated that kids who watch a lot of television and continued to do so continued to have a trajectory of less sleep than they should have,” said Christina Calamaro, from the Nemours Alfred I. duPont Hospital for Children in Delaware, who was not involved in the research.

Marinelli and her colleagues write in JAMA Pediatrics that theirs is the first study to examine the relationship over years between the amount of time toddlers and school-age children spend watching television and the amount they spend sleeping.

The American Academy of Pediatrics estimates the average child spends eight hours a day in front of a screen. AAP recommends that parents limit kids’ daily screen time to one or two hours.

Pre-school age children need a total of 11 to 12 hours of sleep a day and school-aged kids need at least 10 hours a day, according to the National Institutes of Health.

Using data from a larger health study, Marinelli’s team assessed the sleep and television habits of 1,713 children in two Spanish cities and on the Mediterranean island of Menorca.

The researchers categorized children who watched less than an hour and a half a day of television as “shorter” TV viewers and those who watched more than that as “longer” viewers.

Median sleep times dropped by about two hours during the two-to-three year follow-up period for all age groups. But kids who increased their TV viewing during that period lost even more sleep time than the others – an average of 20 percent.

Children who reduced their viewing time during follow-up tended to get more sleep, but that result could have been due to chance, the researchers note.

Marinelli’s team did not look at what kinds of shows the children watched on television, what times of day they watched or where the TVs were located. Their study cannot prove that TV viewing caused the differences seen in sleep times or explain why that might be.

The researchers adjusted their findings for other factors that might influence the results – including the kids’ gender, weight, exercise, symptoms of attention-deficit hyperactivity disorder, whether children slept alone or with others, humidity in their bedrooms and the age of their mattresses. Researchers also adjusted for parents’ marital status, educational level and psychopathological symptoms.

“They controlled for all the right variables, and television popped out,” Calamaro said.

Calamaro agreed with the study authors, who theorized that fast-paced television images could disrupt children’s brain development or might cut children’s motivation to play, exercise, draw and do other things that enhance neurodevelopment. She said television time could also simply displace sleep time.

Calamaro stressed the importance of playtime and sleep to children’s development.

“This paper really says, wait a minute, when television viewing starts young, it continues to be an issue for children’s sleep as they get older. It feeds into parents’ need to limit technology at an early age,” she said.

Marinelli said she only allows her three-year-old daughter to watch educational television and limits her to no more than half an hour a day.

“Parents must control the use of television especially in very young children and also the use of other devices, for example mobile phones,” she said.