The unusual color of the vegetable comes from black pigment, which is produced when exposed to sunlight. The black tomato has great potential to prevent the spread of cancer in the body because it contains Anthocyanin, an antioxidant that kills its cells. Now, for the first time, it’s being grown in Great Britain. 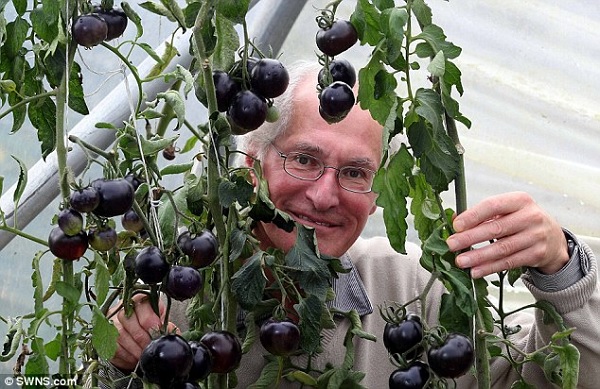 Ray Brown is a 66 year-old man who works in agriculture. He found this plant when one of his clients sent him a package labelled with the words “black tomato”. He decided to plant the seeds and the tomato proved to be very useful. 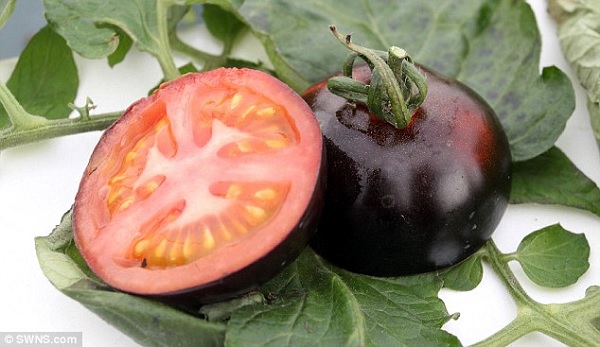 I thought that it was a joke, but when I planted the seeds and got a plant I was surprised by the product, says Ray. The taste of the tomato is very strong, but this is a very healthy vegetable, which has yet to be researched fully.

After the research has been done many benefits of this plant will certainly emerge. 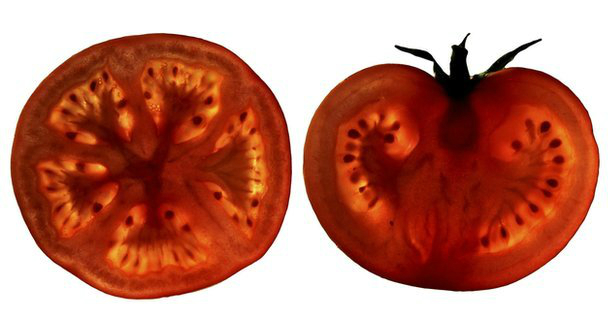 Taking a tomato pill a day could help keep heart disease at bay, say UK scientists who have carried out a small but robust study.

The trial, which tested the tomato pill versus a dummy drug in 72 adults, found it improved the functioning of blood vessels. But experts say more studies are needed to prove it really works. The pill contains lycopene, a natural antioxidant that also gives tomatoes their colour.

A daily ‘tomato pill’ is not a substitute for other treatments, but may provide added benefits when taken alongside other medication” Experts have suspected for some time that lycopene might be good for avoiding illnesses, including certain cancers and cardiovascular disease.

There is some evidence that eating a Mediterranean-style diet, which is rich in tomatoes (as well as other fruit and vegetables and olive oil), is beneficial for health. Following a healthy diet is still advisable but scientists have been researching whether there is a way to put at least some of this good stuff into an easy-to-take pill. 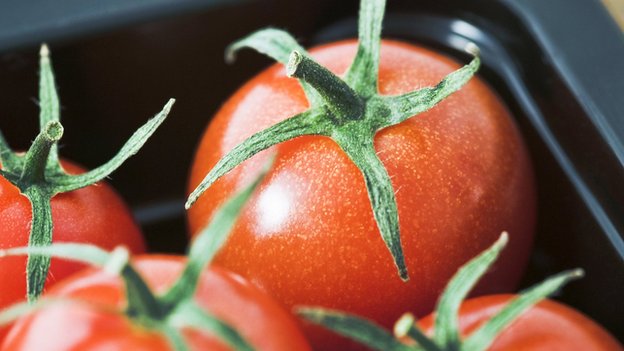 Tomato pill
A spin-off company from the University of Cambridge – Cambridge Theranostics (CTL) – has come up with its own “tomato pill”.

Working independently of CTL, and instead funded by the Wellcome Trust, the British Heart Foundation and the National Institute of Health Research, a team at Cambridge University set out to see if the pill would have the desired effect. They recruited 36 volunteers known to have heart disease and 36 “healthy” controls, who were all given a daily tablet to take, which was either the tomato pill or a placebo. To ensure a fairer trial, neither the volunteers nor the researchers were told what the tablets actually contained until after the two-month study had ended and the results were in.

For comparison, the researchers measured something called forearm blood flow, which is predictive of future cardiovascular risk because narrowed blood vessels can lead to heart attack and stroke. In the heart disease patients, the tomato pill improved forearm blood flow significantly, while the placebo did not.

The supplement had no effect on blood pressure, arterial stiffness or levels of fats in the blood, however. A natural antioxidant – substances thought to protect the body’s cells from damage

Found in tomatoes, but also in apricots, watermelon and papaya as well as pink grapefruit Lycopene content varies according to the variety of tomato and how it is prepared eg. puree, ketchup, cooked or raw