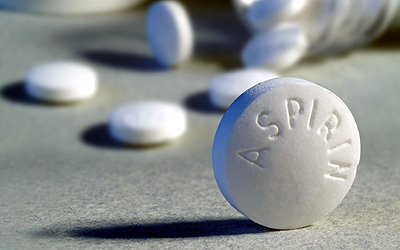 Australian researchers have found that there is an association between pancreatic cancer and diabetes, reports PTI.

Researchers from the University of Melbourne reviewed data from 1973 to 2013 to conclude there was a time-dependent link between being diagnosed with diabetes and pancreatic cancer. The review of 88 international studies to date, is the largest analysis on the topic published, researchers said.

Dr Mehrdad Nikfarjam, liver, pancreas and biliary specialist from the Department of Surgery at the University of Melbourne said pancreatic cancer was often diagnosed when at an advanced, incurable stage.

“This is an important paper that highlights for doctors and in patients with newly diagnosed diabetes without an obvious cause, a diagnosis of underlying pancreatic cancer should be considered,” Nikfarjam said.

“The priority on screening should be on patients with new-onset diabetes but can later be expanded to long-standing diabetic patients,” said Nikfarjam.

“New onset diabetes is more prevalent in people over the age of 55. It may be important to consider screening all newly diagnosed diabetics for pancreatic cancer, particularly those without significant risk factors for developing diabetes in the first place,” he said.

The study was published in the journal Annals of Surgical Oncology. 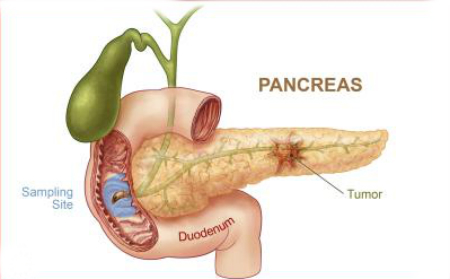 The pancreas secretes hormones and enzymes to digest our fats. One of those hormones is insulin, which prompts the body to use sugar in the blood rather than fat as energy. Its levels are low in diabetic patients, who suffer from abnormally high blood sugar.

Only one fifth of Americans diagnosed with pancreatic cancer survive for a full year, according to the American Cancer Society, and it is the fourth leading cause of cancer death in the country.

How does the disease develop without noticeable symptoms and then kill so quickly?

To find out, we called Allyson Ocean, an oncologist at New York–Presbyterian Hospital/Weill Cornell Medical Center, who specializes in gastrointestinal cancers including pancreatic cancer. An edited transcript follows.

Why does pancreatic cancer kill so quickly?

Pancreatic cancer is typically diagnosed at a late stage because it doesn’t cause symptoms until it’s too late. Weight loss, abdominal pain, jaundice [a yellowing of the skin due to toxic buildup in the liver]—those are the most common symptoms. They usually start after the tumor is a significant size. By then, chances are, it has metastasized [that is, spread to other parts of the body].

Only about 10 to 15 percent of pancreatic cancers are diagnosed when they could be considered for surgery. And the prognosis is poor even in patients who do have surgery, because it comes back about 85 percent of the time. At best, 25 to 30 percent of patients are alive five years after surgery.

When doctors do pancreatic cancer surgery, they take out 95 percent of the pancreas, including the tumor, and then they leave a small remnant of the pancreas in there that serves [the insulin-producing] functions.

If a person can live without a fully functional pancreas, then what, ultimately, kills most pancreatic cancer patients?

When most patients die of pancreatic cancer, they die of liver failure from their liver being taken over by tumor.

What precludes doctors from performing surgery on late-stage patients?

We don’t do surgery if the tumor has already spread outside the pancreas, because there’s no survival benefit in removing the tumor. We also sometimes can’t do surgery [when the tumor] involves the great blood vessels, the superior mesenteric vein and superior mesenteric artery. Those are the main vessels that come off of the aorta, the main artery in our body. If the tumor is wrapped around those blood vessels, then we can’t take it out.

Why is this particular cancer so aggressive?
Because of the nature of the tumor cells. They escape the treatments, they hide out, and then they come back. And they grow again and they affect the liver and then they kill people.

What are the biggest risk factors for pancreatic cancer?
The biggest known risk factors are smoking and family history—it can be a hereditary disease. Then there are some other more obscure risk factors, such as defects in the anatomy of the pancreas, but that’s very rare.

What factors affect how early a person gets diagnosed?
Depending on where the cancer is diagnosed in the pancreas, it can affect how soon it’s diagnosed. For instance, if the cancer is in the head of the pancreas, which is close to the common bile duct, and it grows and it causes obstruction of the common bile duct, a patient can get jaundiced. And then they could [show symptoms] sooner than someone whose pancreatic cancer is in another part of the pancreas, like the tail. They would not present with jaundice, so we would not have a clue that there was necessarily anything wrong with them.

What are some of main symptoms as the cancer progresses?
Unexplained weight loss, abdominal pain, nausea, vomiting. Back pain is another one, because the pancreas is very posterior in the body. Back pain is also the most common complaint that patients go to an emergency room for, and most of the time it’s just muscle pain—it’s not pancreatic cancer.

What treatments are available if surgery isn’t an option?
Chemotherapy and radiation therapy. Sometimes we do both together. We are also using biologic agents now, meaning antibody therapy. There’s a drug called Tarceva, which is an antibody [or immune protein] against the growth factor that the tumor cell makes, and so it blocks that growth signal. It’s given in combination with [a chemotherapy called] Gemcitabine. In a large randomized clinical trial, [the combination of the two drugs] was shown to improve upon Gemcitabine alone.