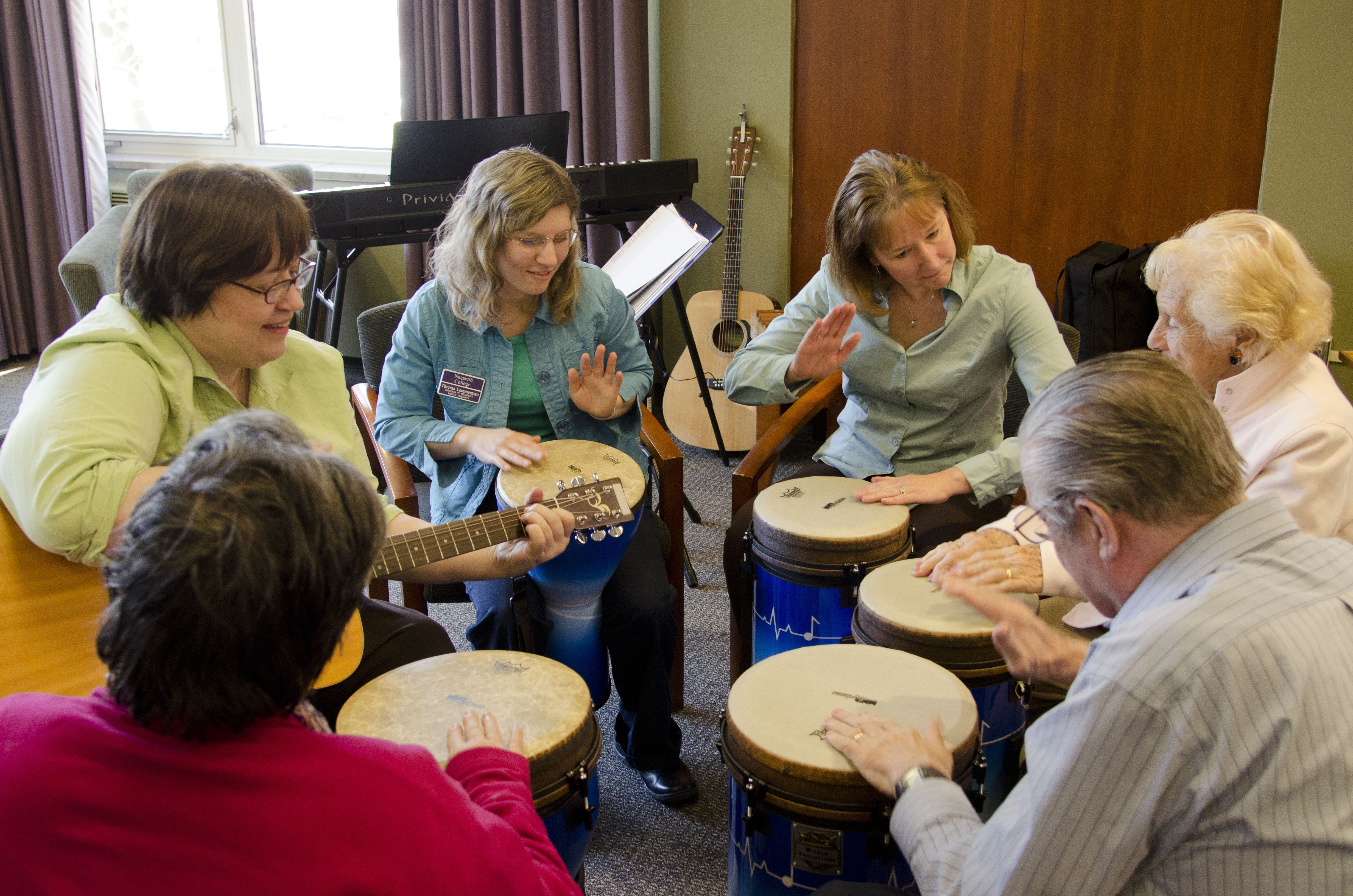 The study may be small, but it nicely demonstrates what music therapists and gerontologists have known for a while, said Alicia Ann Clair, director of the Music Education and Music Therapy Division at the University of Kansas in Lawrence, who wasn’t part of the study.

“It’s one of those things that’s kind of known but has not been researched so it’s great this was done,” Clair told Reuters Health.

In her experience, singing is a great way to engage with some people with advanced dementia. People who may not otherwise be able to communicate may start to spontaneously sing along, otherwise vocalize, make eye contact or simply calm down, she said.

“But (the new study) was done with people who had a history of singing and enjoying it and being part of a singing culture. If you try to do this with non-singers I don’t know if they would engage,” she noted.

For the study, six patients ages 65 to 83 attended group music therapy sessions twice a week for a month. Four of the patients were born in Israel; the other two were born in Eastern Europe and immigrated to Israel in their early teens.

The patients were not able to consent to the study due to their cognitive state, so their legal guardians or main caregivers gave consent. Ayelet Dassa, a music therapist and the lead author of the study, selected 24 songs popular in Israel between 1930 and the late 1950s for the sessions.

“In Israel especially for this group, they came here or were born when the state was becoming independent,” Dassa told Reuters Health. The songs she chose were part of the foundation of the patients’ adult identity, which was tied to their country and their heritage, she said.

The music sessions led to spontaneous conversations about the songs, memories the songs triggered and about the act of singing as a group. Some participants talked about life on the Kibbutz many decades ago, or about learning certain songs in school with their music teachers. Others expressed pride at being able to remember lyrics to the songs and participating as part of a group.

Dassa published the study in the Journal of Music Therapy as part of her doctoral dissertation with the help of her advisor, Dorit Amir, in the music department of Bar Ilan University in Ramat-Gan, Israel. “A large part of the conversation was about how they sang as individuals (and) as a group, and they gave compliments to each other,” she said.

Many were excited to continue singing even after the study was over, Dassa said. “The idea that they are part of something is very important to people with Alzheimer’s,” she said. “They lose their sense of self. Their self esteem is very low.”

The major burden in Alzheimer’s disease is losing communication, which distresses patients and can make families feel isolated or hopeless, she said. In her nearly 20 years of working with these patients as a music therapist, she noticed that singing could act like a bridge over that divide.

She has seen people who couldn’t speak or communicate in any way suddenly start singing, she said. The study was inspired by one particular example: she sang to an older woman who was unable to communicate but would scream a mix of Hebrew and English. The woman couldn’t sing along, but she quieted and made eye contact.

As Dassa finished singing, the patient said, “What a beautiful song.” “I instruct caregivers and families to use singing in their daily care,” Dassa said. “It helps elicit memories and reduce agitation, and helps reduce the resistance to many activities, like taking a shower, eating (and) refusing to take pills on time.”

Families only need basic instruction to get started, she said. But singing may not always help these patients, Clair noted. Though some patients may start talking and commenting on music or about past memories triggered by the music, they will likely still be unable to engage in most conversation about present-day topics.

And while some songs elicit happy memories from the past, others may be linked to unhappy memories. “If you happen to find a piece of music with which there are painful memories associated it could cause distress, so if you’re singing to the loved one and they react by pulling away or grimacing, immediately stop what you’re doing and switch to another song,” Clair cautioned.

Reading aloud is another way to engage patients who may not have a musical background, she said. “What we get down to here is caregivers losing all contact and really being desperate for anything with which they can connect with people they love. They go to visit and there’s nothing to do,” she said. “Singing is something you can do.”