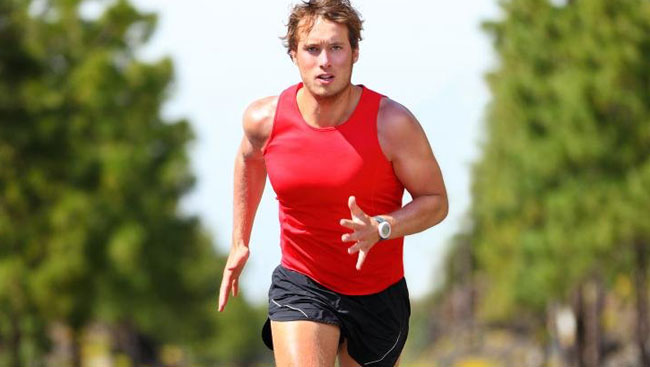 Ever tried running without swinging your arms? New research has shown that the swing in your arms counter balances the movement of your legs and saves energy at the same time.

“We know from the literature that arm swinging plays an important role in balancing the motion of the swinging legs,” said Christopher Arellano from the Brown University.

Arellano studied 13 runners and measured their oxygen consumption rates and carbon dioxide that they exhaled.

He asked them to run without swinging their arms by holding the arms loosely behind the back, crossing the arms across the chest, and holding the hands on the top of the head.

He found that swinging the arms reduced the runners’ energy costs by three percent (as compared to when they held their arms behind their backs).

Arm swinging also saved energy an impressive 13 percent compared with when they held their hands on their heads.

“I think everyone conceded that the most challenging run was the one with the hands on the top of the head,” Arellano added, recalling how runners complained about how tired their arms were at the end of the session.

The study appeared in the journal of Experimental Biology.