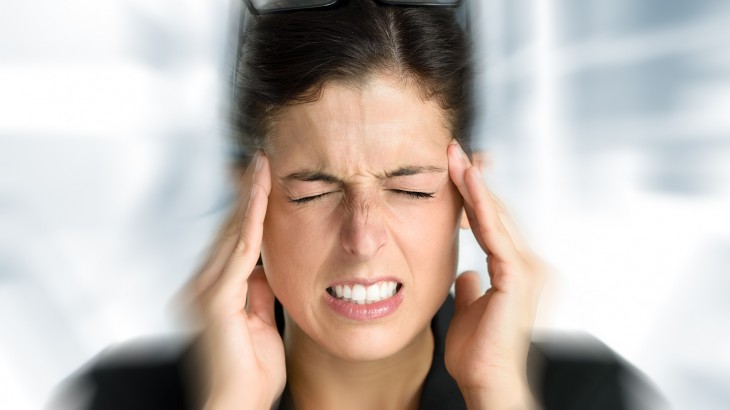 People who suffer from migraines have long complained that certain foods trigger the severe headaches. New research suggests the culprit might be the amount of bacteria in the mouth.

Researchers found that the mouths of people who suffer from migraines harboured significantly more of the microbes that break down nitrates found in certain foods.

These bacteria play an important role in processing nitrates so they can then be converted into nitric oxide in the bloodstream, which widens blood vessels and improves circulation.

While this process is helpful for cardiovascular health, the findings suggest an abundance of these bacteria may break down nitrates more quickly, causing blood vessels in the brain and scalp to dilate, triggering migraines.

Nitrates are naturally found in a variety of leafy green vegetables, and they are added to processed meat as a preservative and to improve flavour and colour.

Doctors have been telling people who suffer from migraines to avoid processed foods for years. Dr. Michael Zitney, who leads the Headache & Pain Relief Centre in Toronto, says this research strengthens their case.

“We have long since known that these kinds of foods can trigger migraines, but we haven’t really known how,” he says.

The process of how nitrates break down into nitric oxide is well-studied in cardiovascular health.

Nitrate-containing drugs are prescribed to treat chest pain or congestive heart failure. But roughly four out of five cardiac patients who take the drugs report severe headaches as a side-effect.

“It opens a full area of research and connects two areas of research that have not been connected before,” says the study’s lead author, Antonio Gonzalez, from the University of California San Diego.

This study was based on data from the American Gut Project, which crowd sources oral and fecal samples from so-called “citizen scientists.”

Chronic migraines are frequent, severe, pulsating headaches accompanied by nausea, vomiting, and sensitivity to light and sound. They last anywhere from a few hours to several days.

It’s estimated that eight per cent of Canadians have been diagnosed with migraines, although this likely underestimates their prevalence, as some people who suffer from migraines don’t seek professional help.

The study’s authors say they still need to determine whether the bacteria are a cause or a result of migraines, or are indirectly linked in some other way.

For now, Zitney says, the research suggests that some migraines could one day be treated by controlling the bacteria in our mouths.

“This may be just a glimmer of hope in terms of pursuing possible treatments,” he says.

The study was published earlier this week in mSystems, the online journal of the American Society for Microbiology.