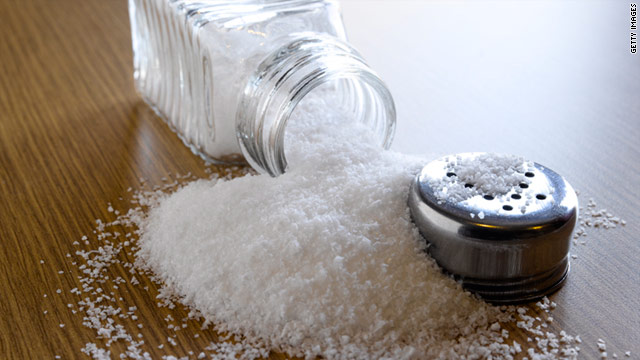 Sodium has gotten a great deal of bad press over the past few decades. There is, of course, good reason for the warnings that are frequently posted by health experts, both online and in numerous medical journals, that are designed to make people think twice before using their salt shaker liberally. After all, the American Heart Association (AHA) cautions that excessive sodium intake can cause the following health risks:

Culprits of too much sodium in the diet

The majority of the sodium in the average diet — about 65% — comes from foods that are obtained from convenience stores or supermarkets. This comes in the form of processed foods, since manufacturers often use added sodium in order to help preserve their food for a longer shelf life. The remaining 35% of the sodium comes from restaurants and other sources — 25% and 10% respectively. It can be assumed that the other sources include the sodium that people add to their foods when they cook at home.

Sodium has other hazards too

In addition to the health risks that are posed by eating a diet that is high in sodium, health experts caution that excess sodium can take a toll on the way a person looks. Too much sodium can lead to bloating, puffiness and weight gain. Health organizations have different amounts of sodium that they deem safe, with most, such as the United States Department of Agriculture (USDA), the American Diabetic Association (ADA) and the Academy of Nutrition and Dietetics (AND), putting the highest safe amount at 2,300 mg. An interesting note is that the optimal level of sodium that the AHA deems is safe is 1,500 mg. This is the same amount the other agencies place on the lower level of being acceptable.

Sodium has surprises for people

There is a growing body of evidence that points to the fact that a salt-restricted diet might not be the best for long-term health. The Journal of the American Medical Association recently noted a correlation between a low-sodium diet and a higher mortality rate from cardiovascular causes. This data pointed to an increase in hospitalization for cardiovascular issues for those people who had low salt intake compared to those who had a moderate amount of salt in their diets.

In addition, a recent study cited in the American Journal of Hypertension found that diets low in salt resulted in higher levels of cholesterol and triglycerides in the plasma. The researchers concluded that these higher levels of hormones and lipids in the blood negate the effects of the slightly lower blood pressure seen in patients who restrict their salt intake greatly.

As with many health recommendations, it is perhaps best to exercise moderation when it comes to the amount of salt in the diet.