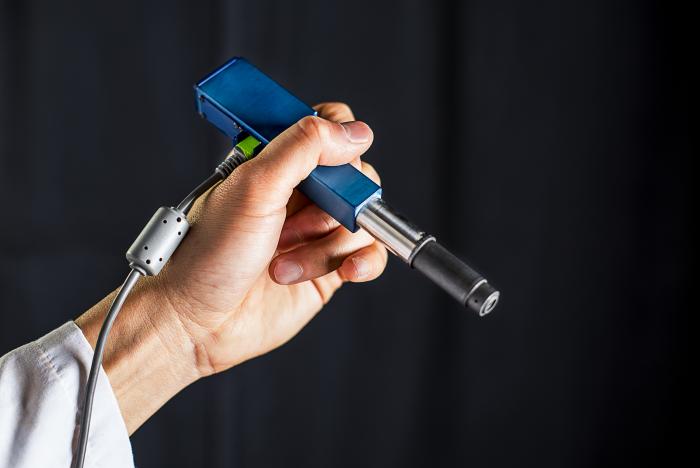 A surgeon operating on a brain tumor does not want to remove any more tissue than is completely necessary. The consequences of removing too much brain matter can be severe.

By the same token, the surgeon is eager to remove the entirety of the cancerous growth; the consequences of leaving a cancerous residue are equally severe.

As things stand, this balancing act can only be managed using the surgeon’s senses. He must palpate the area and inspect it visually for remaining cells.

To fully and definitively ascertain whether a cell is cancerous, a sample must be sent to a pathology lab. There, the sample will be frozen, sliced, stained and mounted. Only then will it be inspected by a microscopist before the results are sent back.

The whole process can take days. A surgeon cannot leave a patient’s skull open to the air for that amount of time, however.

The birth of the mini-microscope

A groundbreaking invention that has the potential to rid us of this waiting game is currently being perfected by the University of Washington. The device, not much bigger than a pen, will allow surgeons to observe their patient on a cellular level, there and then.

This incredible mini-microscope is being developed in collaboration with Stanford University, Memorial Sloan Kettering Cancer Center and the Barrow Neurological Institute. The ongoing work was recently published in Biomedical Optics Express.

It is not just in the neurosurgeon’s domain that this technological advance might come in useful. Dentists routinely come across a suspicious or unexpected lesion in a patient’s mouth. In these situations, it is important to err on the side of caution, excise the tissue and send it for analysis.

These patients are subjected to procedures that, more often than not, turn out to be unnecessary; this also puts additional pressure on pathology labs.

A miniature microscope could remove the need for many superfluous procedures; in dermatological clinics, for instance, it could be used to quickly define which moles require further investigation. 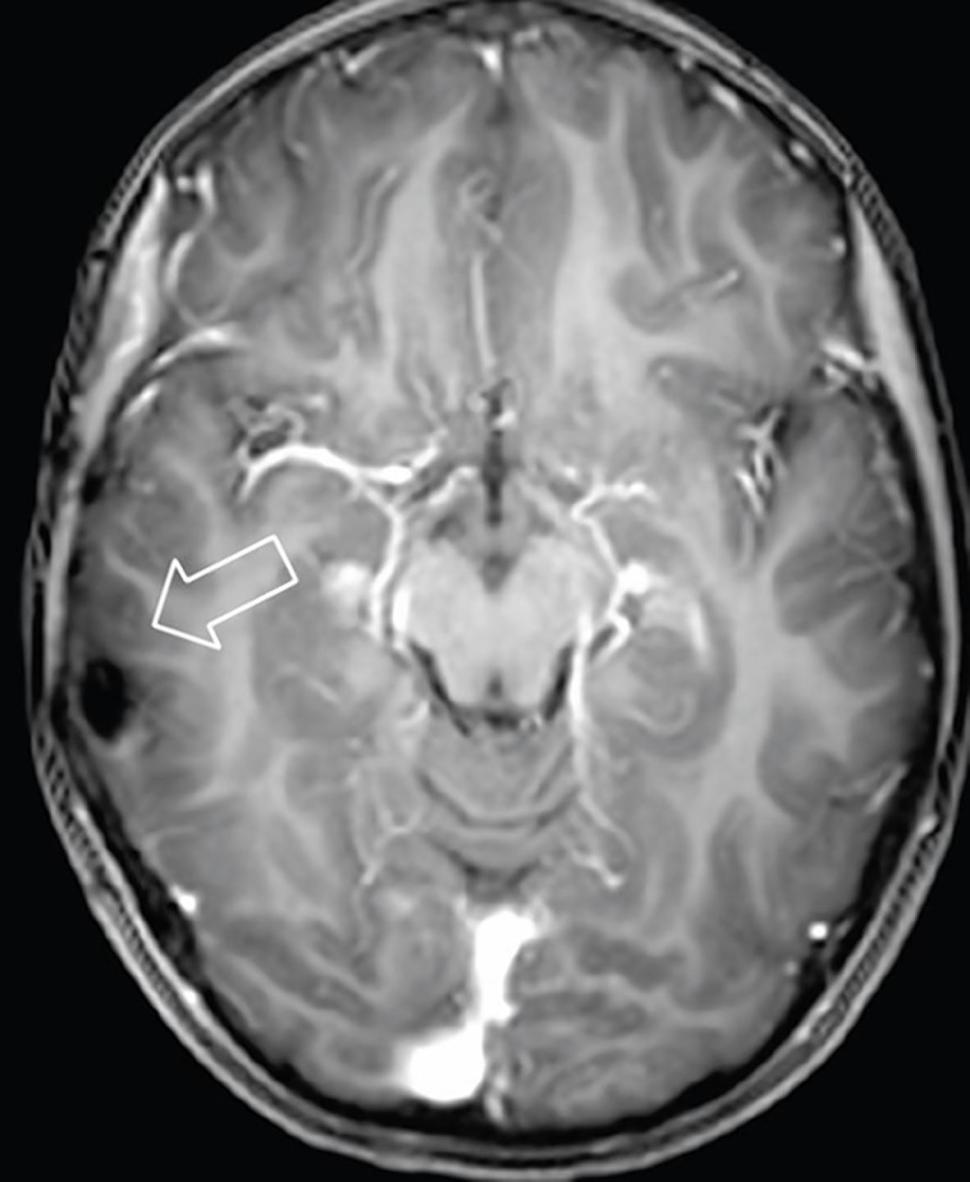 For a 6-year-old girl in Bolivia who suffered from uncontrollable and inappropriate bouts of giggles, laughter was a symptom of a serious brain problem. But doctors initially diagnosed the child with “misbehavior.”

But Burgos Zuleta discovered that the true cause of the girl’s laughing seizures, medically called gelastic seizures, was a brain tumor.

After the girl underwent a brain scan, the doctors discovered a hamartoma, a small, benign tumor that was pressing against her brain’s temporal lobe.The doctors surgically removed the tumor, and the girl is now healthy, the doctors said.

The girl stopped having the uncontrollable attacks of laughter and now only laughs normally, the doctors said.

Gelastic seizures are a form of epilepsy that is relatively rare, said Dr. Solomon Moshé, a pediatric neurologist at Albert Einstein College of Medicine in New York. The word comes from the Greek word for laughter, “gelos.”

“It’s not necessarily ‘hahaha’ laughing,” Moshé told Live Science. “There’s no happiness in this. Some of the kids may be very scared,” he added.

The seizures are most often caused by tumors in the hypothalamus, especially in kids, although they can also come from tumors in other parts of brain, Moshé said. Although laughter is the main symptom, patients may also have outbursts of crying.

These tumors can cause growth abnormalities if they affect the pituitary gland, he said.

The surgery to remove such brain tumors used to be difficult and dangerous, but a new surgical technique developed within the last 10 years allows doctors to remove them effectively without great risk, Moshé said.

The doctors who treated the girl said their report of her case could raise awareness of the strange condition, so doctors in Latin America can diagnose the true cause of some children’s “behavioral” problems, and refer them to a neurologist.

Teens who take longer to reach their full height may be at increased risk for certain types of brain tumors later in life, a new study suggests.

The study involved nearly 2,600 people, including 1,045 people with glioma, a category of brain and spinal tumors that arise from cells known as glial cells; 274 people with meningioma, a type of tumor that forms in the lining of the brain; and 1,242 people without brain tumors. Participants, who were mostly in their 50s, reported how old they were when they stopped growing.

For each additional year it took people to reach their full height, the risk of glioma increased by 14 percent for men and 11 percent for women, the study found.

The reason for the possible link is not clear. It’s possible that teens who take longer to stop growidietitianng are exposed to growth hormonesfor longer periods, which may affect glioma risk, said study researcher Rebecca Little, a and doctoral student at the University of Alabama at Birmingham.

Previous studies have linked having a higher body mass index (BMI) in young adulthood, and taller stature overall, with glioma risk, but the new findings are a first, the researchers said.

No link was found between the age at which people stopped growing and their risk of meningioma, the researchers noted.

Because the study was conducted in a single region of the United States — the Southeast — additional research is needed to replicate the findings in other groups of people, Little said.

The study found only an association, and cannot prove that taking longer to stop growing causes brain tumors.

Interestingly, the risk of glioma was highest among people who took longer to reach their full height, but whose final height was on the short side. This finding could be due to chance, so more research is needed to confirm it, Little said. But it’s possible that these people’s bodies produce a lower level of growth hormones over a prolonged period, which may confer a higher risk of tumors than a higher level of growth hormones over a short period, Little said.

It’s possible that some people may not accurately recall the age at which they stopped growing, but Little noted that people are often good at remembering their height and weight at certain time points in life.

The study was presented this week at the meeting of the American Association for Cancer Research in San Diego.