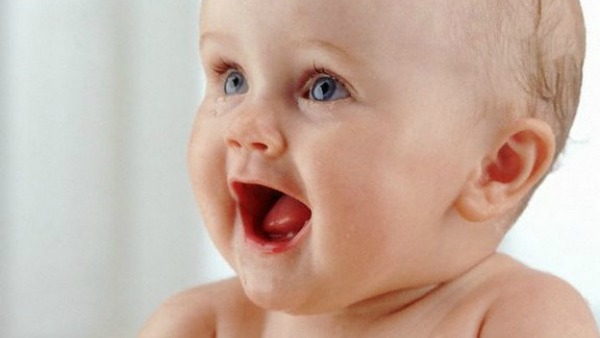 The reason why the amount of vocalisations often differ between hearing and deaf infants is that vocalisations are primarily motivated by their ability to hear their own babbling, the findings showed.

The researchers also found that cochlear implants can help infants with profound hearing loss to correct their hearing. Cochlear implants are small electronic devices embedded into the bone behind the ear that replace some functions of the damaged inner ear.

“Hearing is a critical aspect of infants’ motivation to make early sounds,” said researcher Mary Fagan, an assistant professor at the University of Missouri in the US. This study shows babies are interested in speech-like sounds and that they increase their babbling when they can hear,” said Fagan.

“After the infants received their cochlear implants, the significant difference in overall vocalisation quantity was no longer evident,” Fagan said. “These findings support the importance of early hearing screenings and early cochlear implantation,” Fagan noted.

The study was published in the Journal of Experimental Child Psychology.

Pay attention, mom and dad, especially when your infant looks at you and babbles. 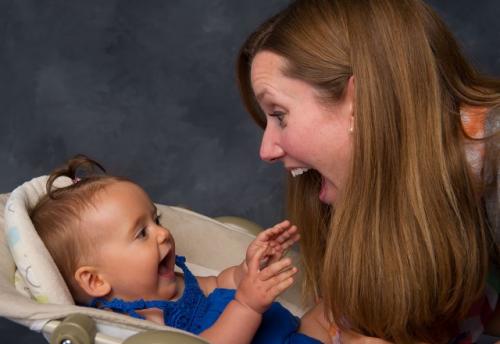 Parents may not understand a baby’s prattling, but by listening and responding, they let their infants know they can communicate which leads to children forming complex sounds and using language more quickly.

That’s according to a new study by the University of Iowa and Indiana University that found how parents respond to their children’s babbling can actually shape the way infants communicate and use vocalizations.

The findings challenge the belief that human communication is innate and can’t be influenced by parental feedback. Instead, the researchers argue, parents who consciously engage with their babbling infants can accelerate their children’s vocalizing and language learning.

“It’s not that we found responsiveness matters,” says Julie Gros-Louis, assistant professor of psychology at the UI and corresponding author on the study, published in the July/August edition of the journal Infancy. “It’s how a mother responds that matters.”

Researchers observed the interactions between 12 mothers and their 8-month-old infants during free play twice a month for 30 minutes over a six-month period. They noted how the mothers responded to their child’s positive vocalizations, such as babbling and cooing, especially when it was directed toward the mother. Current research in Gros-Louis’s lab has found similar levels of responsiveness of mothers and fathers to infants’ babbling.

What researchers discovered is infants whose mothers responded to what they thought their babies were saying, showed an increase in developmentally advanced, consonant-vowel vocalizations, which means the babbling has become sophisticated enough to sound more like words. The babies also began directing more of their babbling over time toward their mothers.

On the other hand, infants whose mothers did not try as much to understand them and instead directed their infants’ attention at times to something else did not show the same rate of growth in their language and communication skills.

Gros-Louis says the difference was mothers who engaged with their infants when they babbled let their children know they could communicate. Consequently, those babies turned more often to their mothers and babbled.

“The infants were using vocalizations in a communicative way, in a sense, because they learned they are communicative,” Gros-Louis says.

In a survey a month after the study ended, mothers who were most attentive to their infants’ babbling reported their children produced more words and gestures at age 15 months.

Gros-Louis was a postdoctoral fellow at Indiana when she, Andrew King, a senior scientist in psychology, and Meredith West, a psychology professor at Indiana, conducted the mother-infant study, titled “Maternal Responsiveness and the Development of Directed Vocalizing in Social Interactions.”

“Julie is showing that social stimulation shapes at a very early age what children attend to,” says King. “And if you can show the parent can shape what an infant attends to, there is the possibility to shape what the child is sensitive to. They are learning how to learn.”

The current study builds upon previous research by King and West, published in 2003 in the journal of Proceedings of the National Academy of Sciences. In that study, mothers were instructed to respond positively – such as smiling or touching—each time their infants looked at them and babbled. The results found the babies learned to vocalize advanced syllable-like sounds more readily than the typical infant.

Gros-Louis and her colleagues took that research a step further by observing the interactions of mothers and infants over a longer period of time and without instructing the mothers how to respond. Thus, they added a control group—the mothers who directed their babies’ attention elsewhere versus those who actively engaged when their infants looked at them and babbled.

Combined, the two studies could change how people think about human communicative development. However, additional research involving more participants is needed to validate the findings, the researchers said.