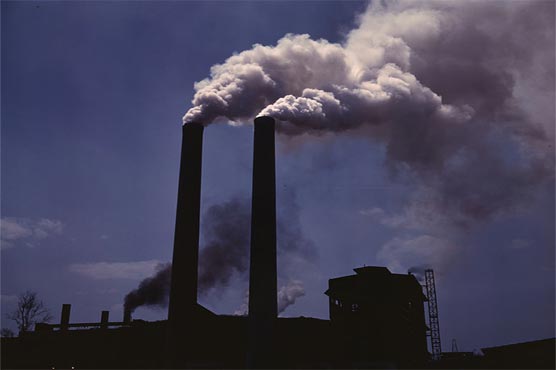 The toll, a doubling of previous estimates, means one in eight of all global deaths in 2012 was linked to polluted air and shows how reducing pollution inside and outside of people`s homes could save millions of lives in future, the United Nations health agency said.

Air pollution deaths are most commonly from heart disease, strokes or chronic obstructive pulmonary disease. It is also linked to deaths from lung cancer and acute respiratory infections.

“The evidence signals the need for concerted action to clean up the air we all breathe,” said Maria Neira, head of the WHO`s environmental and social public health department.

“The risks from air pollution are now far greater than previously thought or understood, particularly for heart disease and strokes,” she said.

Indoor pollution is mostly caused by cooking over coal, wood and biomass stoves. The WHO estimates that around 2.9 billion people worldwide live in homes using wood, coal or dung as their primary cooking fuel.

Flavia Bustreo, a WHO family health expert, said women and children – especially those living in poor countries – often bear the brunt of the risks from indoor pollution “since they spend more time at home breathing in smoke and soot from leaky coal and wood cooking stoves.”

Research suggests outdoor air pollution exposure levels have risen significantly in some parts of the world, particularly in countries with large populations going through rapid industrialisation, such as China and India.

The WHO`s cancer research agency IARC published a report last year warning that the air we breathe is laced with cancer-causing substances and should be officially classified as carcinogenic to humans.

Carlos Dora, a WHO public health expert, called on governments and health agencies to act on the evidence and devise policies to reduce air pollution, which in turn would improve health and reduce humans` impact on climate change

“Excessive air pollution is often a by-product of unsustainable policies in sectors such as transport, energy, waste management and industry,” he said.

“In most cases, healthier strategies will also be more economical in the long term due to healthcare cost savings as well as climate gains.”