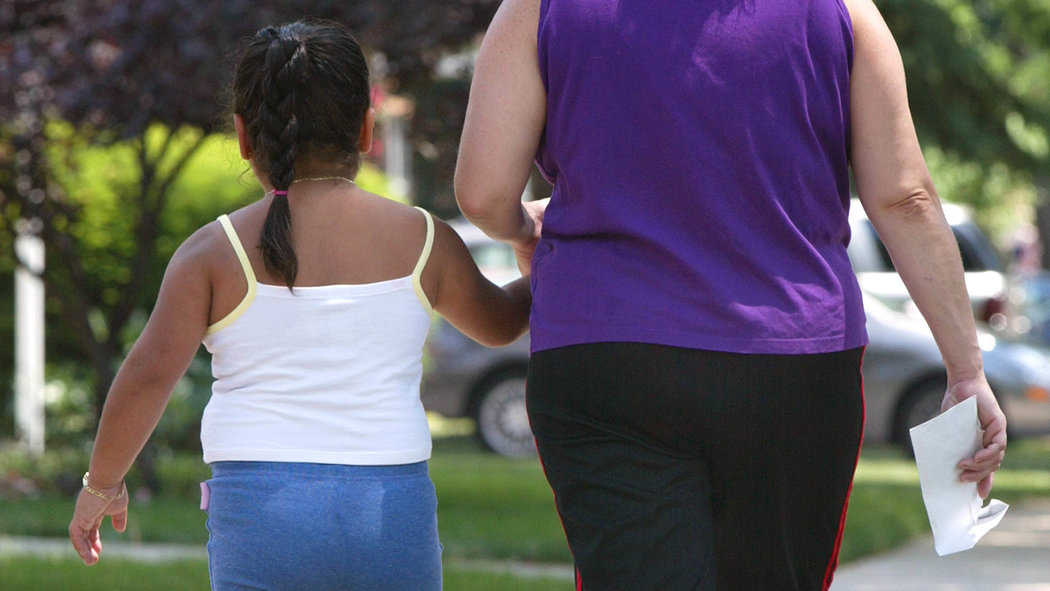 For many obese adults, the die was cast by the time they were 5 years old. A major new study of more than 7,000 children has found that a third of children who were overweight in kindergarten were obese by eighth grade. And almost every child who was very obese remained that way.

Some obese or overweight kindergartners lost their excess weight, and some children of normal weight got fat over the years. But every year, the chances that a child would slide into or out of being overweight or obese diminished. By age 11, there were few additional changes: Those who were obese or overweight stayed that way, and those whose weight was normal did not become fat.

“The main message is that obesity is established very early in life, and that it basically tracks through adolescence to adulthood,” said Ruth Loos, a professor of preventive medicine at the Icahn School of Medicine at Mount Sinai in New York, who was not involved in the study.

These results, surprising to many experts, arose from a rare study that tracked children’s body weight for years, from kindergarten through eighth grade. Experts say they may reshape approaches to combating the nation’s obesity epidemic, suggesting that efforts must start much earlier and focus more on the children at greatest risk.

The findings, to be published Thursday in The New England Journal of Medicine, do not explain why the effect occurs. Researchers say it may be a combination of genetic predispositions to being heavy and environments that encourage overeating in those prone to it. But the results do provide a possible explanation for why efforts to help children lose weight have often had disappointing results. The steps may have aimed too broadly at all schoolchildren, rather than starting before children enrolled in kindergarten and concentrating on those who were already fat at very young ages.

Previous studies established how many children were fat at each age but not whether their weight changed as they grew up. While valuable in documenting the extent of childhood obesity, they gave an incomplete picture of how the condition developed, researchers said.

“What is striking is the relative decrease in incidence after that initial blast” of obesity that occurs by age 5, said Dr. Jeffrey P. Koplan, the vice president of the Emory Global Health Institute in Atlanta. “It is almost as if, if you can make it to kindergarten without the weight, your chances are immensely better.”

Dr. Koplan, a former director of the Centers for Disease Control and Prevention, was not associated with the new study, although its lead author, Solveig A. Cunningham, is an assistant professor in the School of Public Health at Emory.

The study involved 7,738 children from a nationally representative sample. Researchers measured the children’s height and weight seven times from kindergarten to eighth grade.

Race, ethnicity and family income mattered in younger children, but by the time the overweight children were 5 years old, those factors no longer affected their risk of being fat in later years.

The study did not track the children before kindergarten, but the researchers had their birth weights. Overweight or obese children often were heavy babies, at least 8.8 pounds, something other studies have also found.

Most efforts to reduce childhood obesity concentrate on school-age children and apply the steps indiscriminately to all children, fat and thin — improving meals in schools, teaching nutrition and the importance of physical activity, getting rid of soda machines.

“This suggests that maybe one reason it didn’t work so well is that by the time kids are 5, the horse is out of the barn,” said Leann L. Birch, a professor in the department of foods and nutrition at the University of Georgia, who was not involved with the study.

The most rigorous studies of efforts for school-age children, conducted in the 1990s, randomly assigned thousands of children to either participate in intensive programs that encouraged them to exercise and improve their diets, or go on as usual.

One study involved 1,704 third graders in 41 elementary schools in the Southwest, where most of the students were Native Americans, a group that is at high risk for obesity. A second study included 5,106 children in 96 schools in California, Louisiana, Minnesota and Texas.

Neither study found any effect on children’s weights.

Some obesity researchers said the new study following kindergartners over the years also hinted at another factor: the powerful influence of genetics on obesity, something that can be a challenge to overcome.