India is placed among the top three medical tourism destinations in Asia, mainly due to the low cost of treatment, quality healthcare infrastructure and availability of highly-skilled doctors, says a study. 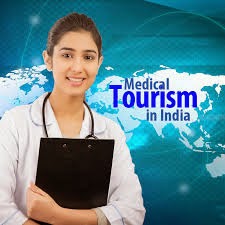 “Within Asia, India, Thailand and Singapore are the three countries that receive maximum medical tourists owing to low cost of treatment, quality healthcare infrastructure, and availability of highly-skilled doctors.

“These three countries together accounted for about 60 per cent of the total Asian revenue in 2012,” the report Medical Value Travel in India by KPMG and Ficci said.

The research was conducted in India and other Asian countries and interviewed public sector stakeholders and domestic company heads or CEOs of renowned hospitals between July and August 2014. Estimated at $78.6 billion as of 2012, the sector has emerged as one of the largest sectors in India and is poised to grow at an annual rate of 15 per cent to reach about USD 158.2 billion by 2017, it said. It pointed out that Asian countries have introduced various marketing strategies to attract medical tourists.

In the past few years, Asia has taken the lead as one of the most preferred destination for medical value travel. Primary growth levers in this regard include low priced treatment options, availability of variety of treatments, improved infrastructure in terms of healthcare facilities and attractive locations for spending time after treatment. While Thailand positions itself as a dual purpose destination for both medical and economic holiday with an attractive location, Singapore promotes itself as a destination for fine quality in medical treatment.

India is known mostly for its cost-effective medical treatments along with high standards in cardiology, orthopaedics, nephrology, oncology and neuro surgery, it said.

The country is also known for its alternative treatment options such as yoga and ayurveda, it said.

Source: The Times of India