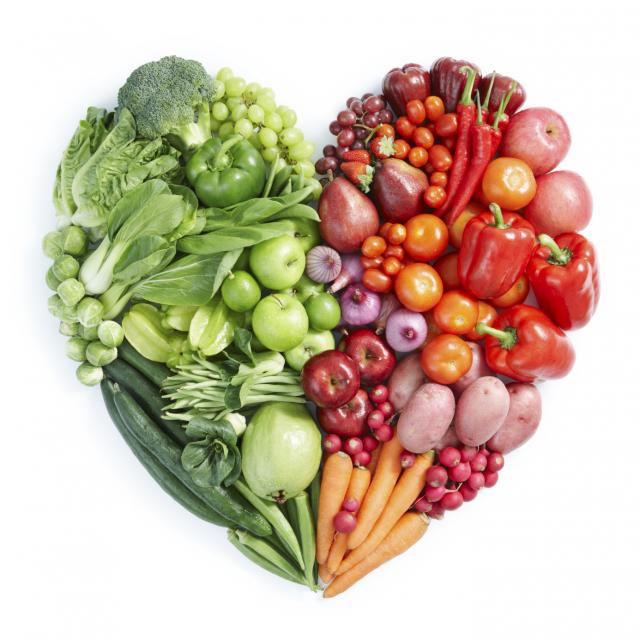 Many doctors treating heart disease tend to prescribe drugs known as statins like Lipitor, but some physicians in Canada are trying a new method: a vegan diet.

Heart disease is the second leading cause of death in Canada. It kills 47,627 Canadians every year.

“People do not know the power of food,” Williams told For the past four years, the cardiologist has been slowly refocusing his patients on lifestyle changes.

“The challenge is that this takes time,” said Williams. Starting in 2011, he started using a plant-based diet for patients who were interested and added group counselling sessions circling on veganism.

Williams says this is making a big difference in patients who are willing to keep an open mind about their diet. “I see it here first hand, and it is simply amazing,” he said.

Liam Cragg, 59, of Bracebridge, Ont. is one case. In 2012, he went to the hospital because he exhibited signs of a heart attack. Cragg followed up with his family doctor a week later who referred him to Williams. After four months on a mostly plant-based regime, Cragg noted a big difference.

“I was at least 30 pounds lighter, my waistline had shrunk by four inches and my knees didn’t ache anymore,” said Cragg. Williams says he commonly spends 60 minutes or more with patients at their initial assessments.

“My experience is that most cardiologists tend to spend 15 to 25 minutes on a first assessment,” explains Williams, who says he’s trying to get “into the mechanics of a particular patient’s motivation for their eating habits.”

The cardiologist would like to see more doctors take an alternative approach in treating patients and specifically, honing in on their behaviour. “What concerns me is that most doctors do not realize the power of food as an alternative to medication,” said Williams.

He is not alone about his theories about veganism and heart disease.

Dr. William Roberts, a prominent cardiovascular pathologist and the editor of the American Journal of Cardiology, also believes that a vegan diet is the solution to heart disease in the Western world. Roberts contends that the cause of heart disease is elevated cholesterol from not eating vegan. “Human beings are far more like herbivores than carnivores,” he said.

Meat consumption has been linked to higher risks of developing heart disease, cancer and diabetes and there’s a lot of evidence connecting diet and disease.

For example, in plant-based cultures like rural China, central Africa, the Papua highlanders in New Guinea and the Tarahumara Indians of northern Mexico, coronary artery disease is almost nonexistent.

When these people adopt Western, animal-based diets however, they quickly develop heart disease. Roberts argues that the plant-based diet is both cost effective and safe.

“If we put everyone on drugs then thousands of people would suffer side effects, so of course a vegan diet is the least expensive and safest means of achieving the plaque preventing goal,” he said.

Statins can be effective

But, statins, which are cholesterol-lowering drugs, are one of the most commonly used medications in North America and there’s some argument that they’re effective, if used properly.

A study, published in Annals of Family Medicine last week, analyzed 16,712 responses from people aged 30 to 79 years-old. Americans who filled at least two prescriptions for statins were classified as statin users.

According to the authors, many people at high risk for heart disease were not getting the statins they should be. “A lot of people who [might have] benefited aren’t on statins, and we don’t know why that is,” said Dr. Michael Johansen, the study’s lead author.

He said this could be for a number of reasons, including doctors who aren’t prescribing them, patients who don’t have health insurance, or people who aren’t taking medications they’re given.

Dr. John McDougall, an American physician and a leading authority on diet and heart disease, says statins should be the last solution.

McDougall thinks that heart disease can be prevented and treated with a diet consisting of starches, vegetables and fruits, but no animal products or added oils.

“Statins should be reserved for very sick people, and a healthy diet is for everyone,” said McDougall.

Back in Bracebridge, Williams and McDougall will be holding what they call an “immersion weekend” sometime in late summer or early fall at the clinic with McDougall participating in a Skype discussion with patients.

For Williams the focus should be on prevention.

The plaque that builds up in our arteries is made of cholesterol, but when our cholesterol is low enough there’s nothing for our body to build plaque with.

“The best way to prevent heart disease is to be a vegetarian-fruit eater, a non-flesh eater and a non-saturated fat eater,” said Roberts.